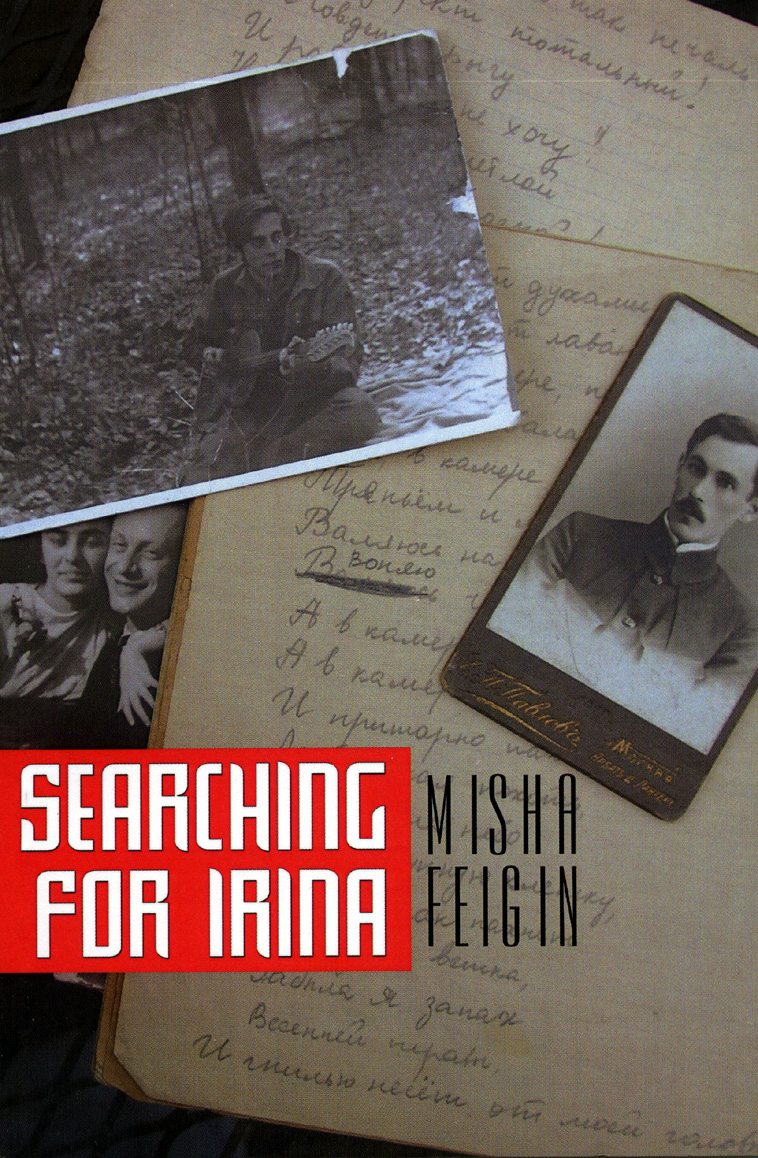 “Feigin’s book has that sweet impact that only time and distance can provide-this ex-muscovite-turned-Kentucky “blue blood” writes through the eyes of one voluntary displaced within a time warp of pathos and humor, and painfully “good” times in his domestic land in the seventies. I’ve enjoyed every moment of this glorious freak show.” – Steve Dalachinsky 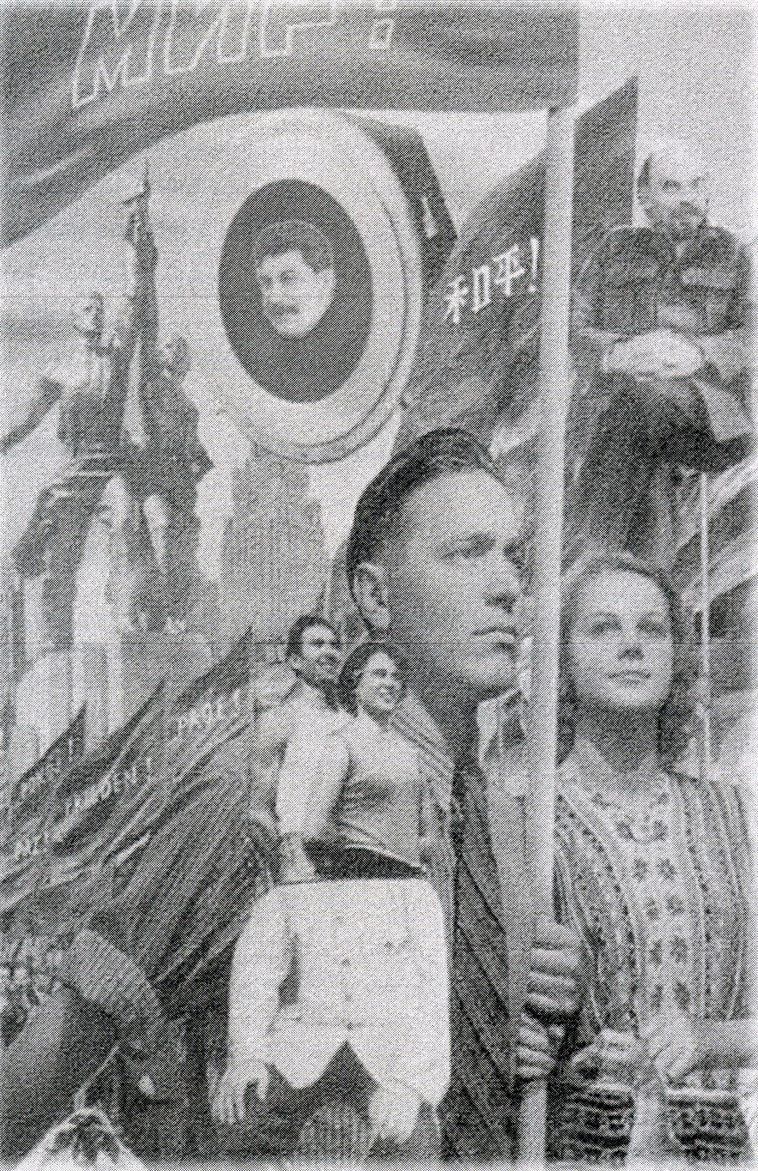 Moscow in the seventies. Dreadful, fascinating, intense… The realm of young Muscovites united by their insatiable appetite to live lives freely and fully, using creativity and poignant humor to fend off the omnipresent authorities’ attempts to break their spirits. In his new novel, Misha Feigin delivers a powerful impression of the era when the political trials showed signs of Stalin’s horrors, while sex, drugs, and rock’n’roll penetrating the Iron Curtain clashed with the seemingly impervious system.

Born and raised in Russia’s capital, Feigin had already achieved the status of one of the country’s premiere guitarists when he immigrated to the US in 1990, leaving behind an established position in the official arts scene, as well as memories of encounters with the KGB who were very interested in some of the underground bands Misha was associated with.

Since moving to Louisville, KY, Feigin has been featured on the National Public Radio and has toured throughout the US and around the world, releasing seven albums on American and British labels, and performing on many prestigious stages, such as Washington’s Kennedy Center and New York’s Knitting Factory. Despite being best known as a musician, Misha Feigin has started to gain footing among the literary critics since winning the Thomas Merton Prize for Poetry in 2000.

In this novel, Feigin presents a captivating collection of characters refined during the numerous concerts when the songs were intertwined with stories. The author’s experience brings to life his heroes and their adventures, as they struggle to maintain their dignity and freedom in a totalitarian state. As cultural and political clashes are becoming the way of life in everyone’s home, Searching for Irina gives the reader hope to carry on in our turbulent century.

in one of the more darkly cynical episodes of the Cold War, the United States shopped two dissident Soviet writers to the KGB.

It all began about 1959, when Andrei Sinyavsky and Yuli Daniel (using the pseudonyms Abram Tertz and Nikolai Arzhak) began smuggling works – many of them critical and satirical comments on the Soviet regime – to the West, publishing them clandestinely.

By 1966, the KGB had arrested the two writers and charged them with spreading anti-Soviet propaganda. It would be some 20 years before the circumstances that led to their arrest became public. In 1987, the poet Yevgeny Yevtushenko reported that shortly after the two men had been tried, he visited then-Sen. Robert F. Kennedy’s apartment.

Kennedy, Yevtushenko wrote, “invited me into his bathroom, turned on the shower,” and revealed that U.S. agents had betrayed Daniel and Sinyavsky to the KGB in order to create an incident that would embarrass the Soviet Union and divert world attention away from the burgeoning problems the United States was facing in Vietnam.

The arrests of Sinyavsky and Daniel resulted in a show trial that attracted worldwide attention and resulted in long prison sentences for the two writers. It also became the flashpoint for a fiery period of intellectual and literary dissidence that would culminate in increased visibility for the work of writers like Aleksandr Solzhenitsyn and Andrei Sakharov, and would eventually lead to Mikhail Gorbachev’s glasnost (openness) policies.

“Searching for Irina,” a new novel by Russian emigre Misha Feigin, unfolds in the wake of the Sinyavsky/Daniel trial, during the turbulent, transitional ’70s. In a series of loosely connected vignettes that form a highly episodic memoir-novel, Feigin depicts a youthful Moscow counterculture that bears a strong resemblance to Haight-Ashbury in the ’60s. Against the stark backdrop of bureaucratic gloom, coldly impersonal modern architecture and long queues for groceries and liquor, Feigin’s alienated Moscow hippies flouted Soviet constraints by experimenting with the hippie holy trinity: drugs, sex and rock ‘n’ roll.

It’s a counterculture populated by a rogue’s gallery of larger-than-life wastrels and ne’er-do-wells. There is Sailor, who was once arrested for climbing to the top of the Bolshoi Theater and straddling one of the famous stone horses perched atop the building.

There is Kolya, a dealer in black market sound recordings, who distributes tapes of Frank Zappa, King Crimson, Bob Dylan and Jimi Hendrix. When Kolya visits the Moscow farmer’s market, he bypasses the tomatoes and sauerkraut and tracks down the Uzbekistan purveyors of poppies, from whom he buys the dried heads of opium poppies and grinds up a powdery substance that “was like swallowing crushed stale straw, a nauseating process,” but which would definitely produce a high. When hauled into the police station for questioning, Kolya makes off with a trove of police files, cuts them up and burns them in the toilet bowl (though in retribution, the cops set him up for a drug deal, and he spends a couple of years in detention).

There is God, whose twin passions are group sex and a seditious personal library of black market books.

And there is Irina. Born in Istanbul, she is the daughter of a Russian diplomat who was executed as an “enemy of the people.” Irina has experienced exile to Siberia, she has lived in cosmopolitan Odessa, she is a true poet and, until she is committed to a series of psychiatric gulags, she is the narrator’s lover and mentor. Her gradual disappearance into the asylums is the book’s central focus.

“Searching for Irina” lacks the grand narrative arch of a fully formed novel, but it compensates with deadpan wit, a cool, understated irony and intimate details about daily life on the streets of Moscow. And as the series of stories unfolds and reach its culmination in the final tale of Irina, a reader can take pleasure in observing Feigin’s control over language and form, which strengthen almost page by page. By the opening paragraph of the final story, he has developed a powerful, confident voice: “From the window of the reading room at the Lenin Library I could see snowflakes twirling around the yellow streetlights. The lights were on for only a few minutes, but the soft gray twilight already had sunk in the fresh deep winter darkness. A cozy green lamp shone on my table. The closed book lay under the lamp in front of me. I stroked the dark-blue old-fashioned binding with my fingers. It felt solid and cool.”

Feigin is already well known to Louisville music fans as a singer of eclectic folk and gypsy music and as an internationally recognized avant-garde guitarist. Based on this first work, he is also poised to become a writer to be reckoned with as well. — Marty Rosen, Louisville Eccentric Observer 01/14/2004

Misha Feigin brings his poetry to us in a slender volume, The Last Word in Astronomy (Fleur Publishing, 75 pp., $11.95). Having left Moscow in 1990, the artist continues to write and make music, giving us a glimpse of his mysterious, enigmatic homeland while explaining his feeling for America where he chooses to live and work.

As Feigin explores past experiences superimposed in our New World, the reader feels a blurring of the lines. Feigin shows that in our deepest selves, people are more the same than different.

It is in the love poems, such as “An Accident”, where we most often recognize similar glories and miseries:

When I moved my lamp on a desk-glass
just to cover your face in the photograph,
it seems I heard a quiet but persisting
gnawing sound-you were biting your way
through the glass, back to the surface
of my desire.

In “Agnostic Reflections,” the poet has a little fun. He compares Tolstoy’s writing of the snowy immensity of Russia, “Spit in the eyes of those who claim/ they can embrace the boundlessness” to his own spitting at his reflection in the bathroom mirror to wipe away dripping toothpaste. The writer’s humor takes aim not only at himself, but to his entire motherland as in “The Flux.” He quotes, “Everything is an ever changing/ flux, says Heraclites./ ” Let’s drink it” , the Russians respond. Then in “The Russians Drink”, he laughs, “The Russians drink/ to keep soul from freezing,/ life from getting too long.”– by Mary Popham, Special to The Courier-Journal Saturday, January 6, 2007, Book Review